Nice to see the fresh podcast feeds from the BBC are working nicely for Mistah Winah!

A fresh feed can be generated of all the latest podcasts in all the feeds in any folder.

NOW – don’t forget folks – the directory you currently see at podcast.com is MY user account. Here is a different test account [ koz.podcast.com ]
SOON – you’ll be able to build your own podcast.com 🙂

All that data you manage there can be imported and exported to your tool of choice. We just hope we can make the discovery journey easier for you.

New icons and feeds for the directories at podcast.com

You should see a new icon over on the directories at podcast.com – it’s a green feed icon. We chose green, as it feels ‘FRESH’.

When you click a green feed icon next to a directory folder, the site will load up all the most recent entries to all of the podcasts within that folder. Here is a permalink to one of the fresh feed pages

Also, the results displayed by these icons and the ‘freshest feeds’ menu button on the left, provide you with an RSS feed link which you can use in your favourite aggregator to subscribe the latest podcasts automatically.

Here is the RSS feed for the latest podcasts from NPR

Here is the RSS feed for the latest podcasts from CNN

Ah, the beauty of distributing content via XML. We love it!

There will be some more very cool new additions to the site coming very soon and we’re working around the clock and the globe to get the doors opened up for you here, so you can start building ‘your own podcast.com’.

Keep an eye on the development blog at podcast.com

I just read that Guba signed a deal with Sony Pictures. Hmmm.. good news – I think. But has Sony even heard of Usenet Binaries? The last time I looked at Guba it was a web portal to the world of binary file newsgroups – full of every piece of video and software you could think of. It’s (Usenet) always been like that since the dawn of the net. Now Guba (so-called file sharing service) have Sony sitting at the front door with them, I think Sony will spit out it’s coffee when it finally learns what it actually is they’re sitting on. The net’s oldest and best kept secret – for people who don’t like to pay for things. It taught me the meaning of the word ‘warez’ over a decade ago.

Go to alt.binaries.nl and look up Spiderman, for example (a Sony property) – oooo dear

When I first saw Guba, it pleased me to see more innovation for web-based access to newsgroups (still the BEST posting / comment / threading blog/forum type system there ever was).I did my bit to help get alt.binaries.podcasts set up. I have always seen binary newsgroups as a possible (limited timespan) storage method for podcasters. Free global distribution too!

Usenet is RIPE for OPML and RSS connection!

PHP should be able to access newsgroups via IMAP.

Looks like Todd Cochrane, Dave, Michael Goeghegen and few others are a bit annoyed about Podshow‘s methods of feed presentation. Hmmm :/

I’ve got in touch with Todd and Michael to see what they think of the podcast.com presentation of their feeds. GeekNewsCentral and ReelReviews
I’ve had trouble logging in and getting my account activation key to look inside.

Meanwhile, I wrote a blogging tool for inside SL (not finished yet – but close – I had a brainwave that I jumped on), in between sorting out some cool new bits and bobs for podcast.com – all related 😉 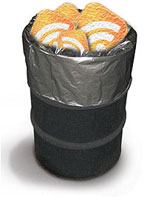 Is it time to start listing the producers of BAD RSS FEEDS? Since working on podcast.com and parsing the world of RSS out there, it is plain to see that MANY people are doing so many things WRONG!

What really annoys me is that many of these feeds are being created by people who are PAID to do it RIGHT. How did they get the job?

So – should I start listing the offenders (possibly using a forum software presentation – with ‘fixing threads’ ) and set about HELPING these offenders? I think so – as it’s clear that even publishers like the Times Online still can’t get RSS feeds right (on their podcasts) – spot the error.

It looks like lots of new podcasts have spung up – on the ‘me too’ tip, yet the person who stood up and said ‘I can do it!’ and got the gig – can’t – at least not CORRECTLY 😉

Todd Cochrane also chips in on a comment to a post by Nick Bradbury about this topic. Maybe blubrry will have some solutions?

Break out your clackers!! It’s the World Cup podcasts

http://worldcup.podcast.com – podcasts on the FIFA World Cup 2006 in Germany

Here's the OPML for this level, which will grow 😉 Feed readers and 'Grazrs' enjoy!

I added the feed submission form last night on the podcast.com home page. Soon this will be folder specific – so people can submit feeds for any branch/folder level. Feeds that get added will be checked by our system first, then eventually added to an appropriate folder. Soon, users will be the ones who'll be able to do this too, thus 'curating' their own podcast directories.

By popular demand, you can now browse/graze and listen to all the podcasts aggregated by NPR (National Public Radio) by visiting http://npr.podcast.com

Soon we’ll have the tools to be able to provide custom content at the ‘home’ level of *any* of the nodes/branches – making these cool subdomains even cooler!

While sat here at OPML Camp, I just tore down the login page to PODCAST.COM so you can all come in and have a look. There is still ALOT of work to do and much of it is not complete yet. But you should get the idea.

One of the main things we'll add soon is a decent feedback mechanism fo you to tell us what you thing. Please read the 'develupdates' and 'more info' links to find a brief explanation of where we're at.

here's basically what we want to do :

I was just reminded of the time when Boeing invited a load of bloggers (including Chris Pirillo, Scoble, Eric Rice, etc.) to go and try out their Connexion service providing 5MB/s internet access from 30,000 feet. And it occurs to me that we still don’t have enough solutions for this yet.

Hey Boeing / Virgin!! If you want a transatlantic tester for anything, feel free to drop me a line! 🙂

Anyway, today I found this story from 2001 (!!) where they announce that Virgin Atlantic will have wifi by the years end (but using a caching store and forward system, as opposed to direct access for messaging and file transfer) – but here we are in 2006 and it’s still not there on Virgin.

Now, I’m a big fan of Virgin Atlantic for all sorts of reasons, but they really do let themselves down (surprisingly) when it comes to consumer technology. They have ALL the right mojo to be leaders in that field. I’ve even heard Richard Branson effing about the fact that they didn’t come up with the iPod. I love the fact that they did some podcasts about destination cities. Though they have not been updated in quite a while (hey, Richard, give us a call 🙂 )

Also they have a deal with Linguaphone, where they could be producing ‘linguacasts’ for passengers to zap onto their mp3 players and learn the local lingo. These could also all be pumped through the seat back entertainment systems (Linux-Based) through an in-flight aggregator. Hmmm.. ideas…

Back to the wifi issue : Virgin has an option on the seat-back thingy which says internet, but I have never had it work ever. I think it’s a walled garden anyway as opposed to full web access.

Since November, I have travelled 35971 miles with Virgin Atlantic, in Economy, Premium Economy and Upper Class and not once have I had any internet access provided. This is crazy.

Also, there was not even any wifi access available in the brand new Virgin Upper Class Lounge. Shocking! They had a few pcs to play with, but who can anything useful on a machine that’s not their own these days?

Come on Virgin! I expect much better than this from you, these days.

I see the the podshow stable of sites (poshow, podcastalley, etc) have started to show ads for Casino / Poker / Roulette, etc sites. I have heard that the gambling sites pay the best for ads, but I bet quite a few people will get turned off because of them. Hardly relevant and totally obtrusive. imho.